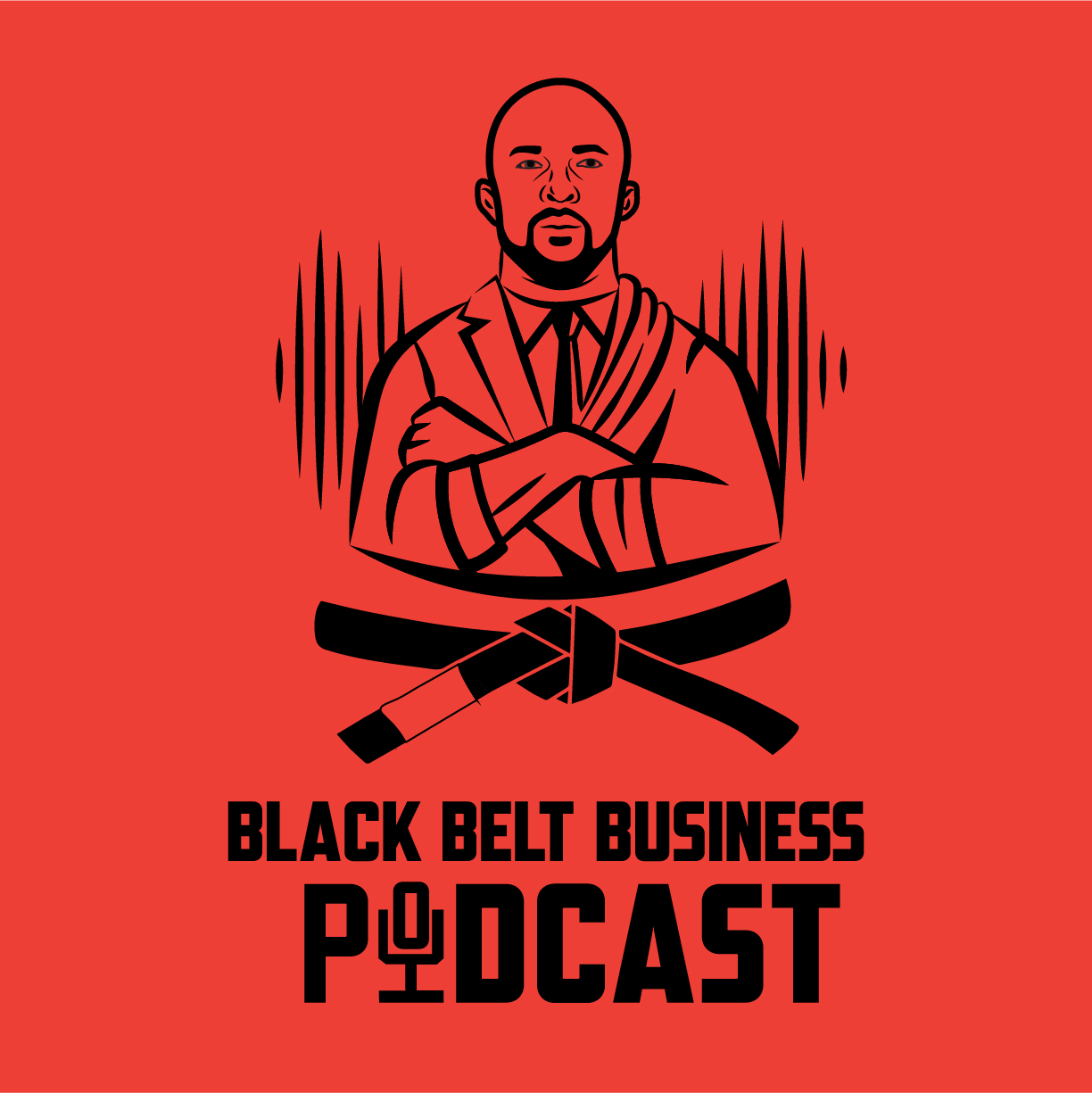 The Blackbelt Business Podcast is for martial arts school owners and managers. Each episode features guests with stories, strategies and resources which can help you establish or enhance your business with best...

The Blackbelt Business Podcast is for martial arts school owners and managers.

Each episode features guests with stories, strategies and resources which can help you establish or enhance your business with best practices.

Most importantly, we’ll help you get back to doing what you love.

Eliott credits John Hassett for being the person that introduced him to Jiu Jitsu. Hassett began his martial arts training with Soo Bahk Do, a Korean style of karate, in which he achieved the rank of 5th degree...
View Episode

Ricardo Almeida is a Brazilian Jiu Jitsu Black Belt under Renzo Gracie. Ricardo previously fought for the UFC and Pride FC as well as other well-known promotions. He is an accomplished grappler and multi-time silver...
View Episode

Elliott Bayev is a BJJ Black Belt, academy owner, and author of "Sales Jiu Jitsu," all about how sales and Jiu Jitsu are similar. Elliott is also the first person to have a women-only school and women-only competition...
View Episode

Karel Pravec, AKA the “Silver Fox,” is a 4th degree Brazilian Jiu-Jitsu Black Belt, and one of Renzo Gracie’s very first students in the United States. Pravec’s BJJ expertise has him regularly sought out for seminars...
View Episode

Michael Garaguso has been running his school, Garaguso Karate, since the early 1980’s. He is professor Eliot Marshall's first martial arts instructor. Garaguso is also a master at adapting to the times, including...
View Episode

Chris Mierzwiak is the General Manager at Easton Arvada. In this episode, Eliot speaks with Chris about his start in martial arts, transitioning to Easton, and what Martial Arts schools need to focus on to be successful.
View Episode

Sean Madden is the Muay Thai Program Director for all Easton Training Center academies. In this episode, Eliot speaks with Sean about building a muay thai program at what was founded as a brazillian jiujitsu school.
View Episode

Jordan Shipman the general manager of Easton's newest location in Longmont, which opened on January 13 of this year. Exactly 2 months after opening, Easton closed its doors due to the coronavirus crisis. We discuss...
View Episode

This podcast welcomes back BJJ Black Belt and CEO of Easton, Mike Tousignant. In this episode Eliot Zoom calls Mike to discuss the last 2 weeks and share how Easton has responded to the global COVID-19 pandemic.
View Episode

Rebecca Baack has been working as a leader in the fitness industry for over 13 years. She founded and opened CorePower Yoga's first franchise and expanded to two successful yoga studios before merging with another...
View Episode

Jeff Suskin is an Easton BJJ black belt and publisher of DiningOut Magazine, a successful publication that showcases the restaurant culture in Denver and Boulder since 1998. Jeff came from a humble background and...
View Episode

Get This FREE Thing

Enter your details below to get this free gift.